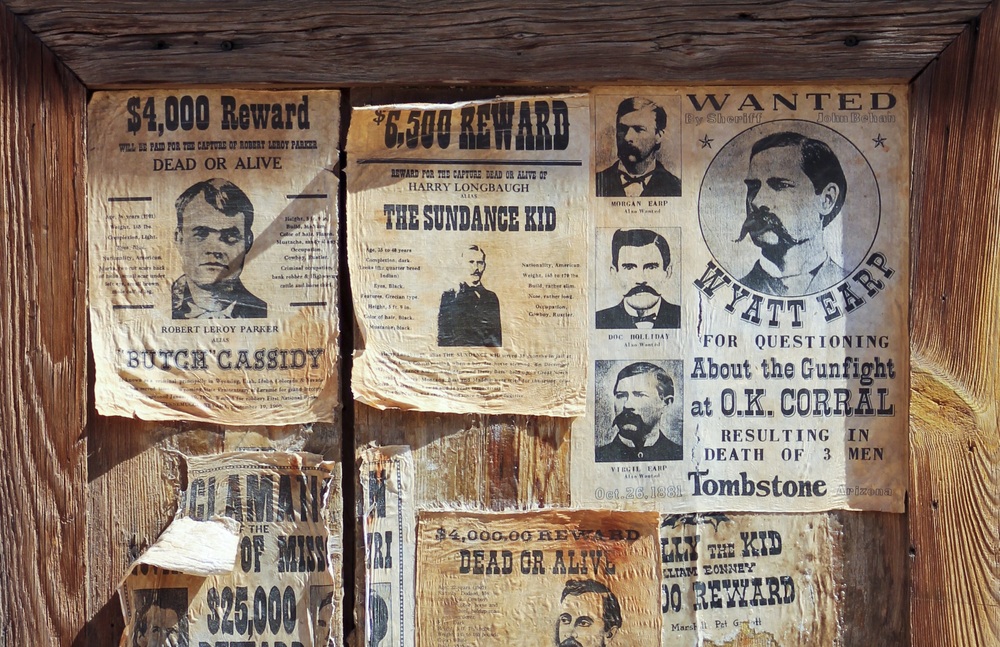 The World’s Greatest Thieves of All Time

Butch Cassidy, whose real name was Robert LeRoy Parker, was one of the most famous bank robbers. Along with his lifelong partner, the Sundance Kid, they eluded justice their entire lives.

Butch started living a life of crime at the age of 14. How did this story begin? Young Robert went downtown with a cloth he wanted to trade for something to wear. But the store was closed, so he broke in and took a pair of pants and something to eat. He was caught but soon released.

In 1898, after his release for stealing a horse, he put together a famous gang known as the Wild Bunch Gang. It was made up of his closest friends, including his most famous partner, the Sundance Kid. The gang was generally known to be non-violent. But there were still several deaths from bank and train robberies.

Probably the most famous robbery occurred in 1899 when the gang robbed the Union Pacific Bank in Wyoming. From then on, his crew was hunted by the bounty hunters. Mostly because of the hefty reward for his capture.

💡 DO YOU KNOW...
…the origin of his nickname? Butch was preparing for a career as a butcher, hence his first name Butch. While working on the farm, he befriended cattle rustler Mike Cassidy, and he adopted his surname.

As a result, the Wild Bunch Gang eventually became poorer. After several botched robberies, only Butch, Sundance Kid, and Bill Carver remained. Although people thought they had given up, they didn't and continued their criminal activities.

By 1901, only Sundance Kid remained with Butch. Together, they moved to the east coast of the U.S., hoping that the public would not know them here. Eventually, they moved to Argentina, where they managed to pull off a few heists. After that, they fled to Chile and then Bolivia. They decided to give up their criminal activities and started working in a tin mine.

There is speculation about their deaths, but most sources say they died in Bolivia in 1908, after a shootout with Bolivian cavalry.

Jesse James was born in Missouri. Jesse and his siblings didn't like their father Robert very much. Robert was a cannabis merchant and owner of large farmland. In 1850 Jesse's father went to California to join the gold rush. However, not long after his arrival, he fell ill and died. His death put the whole family in financial troubles.

Jesse embarked on his outlaw journey during the American Civil War. And the war changed his life completely. Before the conflict, he was a popular boy in the local community who tended to be religious. But the horrors of war inevitably led him to a life of violence.

During the American Civil War, he and his brother Frank took part in guerrilla warfare on the side of the Southerners. At just 16 years old, Jesse James quickly adapted to the lifestyle of his fellow soldiers, and then followed it for the rest of his life: plan an attack, attack, run and hide.

After the end of the war in 1865, it took only a year for Jesse to rob the first bank in Liberty, Missouri. He and his cronies stole a then-respectable $150,000 from the bank.

💡 DID YOU KNOW THAT...
…Jesse James married and had two kids? Unable to present himself under his own name, he invented the pseudonym Tom Howard and lived with his family in St. Joseph, Missouri.

Jessie James was involved in nine other bank robberies, seven train robberies, and four stagecoach robberies. The reward for his capture was set at $10,000. But even that didn't stop him from robbing again. He was responsible for at least 17 murders.

Jesse James was shot and killed by Robert Ford, a young aspiring gangster who hoped to become famous by putting a bounty on James' head.

After his death, James became for some, the prototype of the Wild West robber. For others a modern-day Robin Hood, taking money from the rich and giving it to the poor.

Bonnie Parker and Clyde Barrow were famous American outlaws who traveled with their gang through the central United States during the Great Depression (1929-1933).

Bonnie Parker was born in 1910 to a wealthy family in the Texas town of Rowena. At 16 she married a classmate, Roy Thornton, but shortly after the wedding, he ended up behind bars. They never divorced, however. In 1930 Bonnie found work as a waitress in Dallas and was arrested several times for theft. That same year she met Clyde Barrow, a year older, an unemployed laborer, and immediately fell in love with him.

Clyde Barlow was born in Ellis County, Texas. Even as a child, he and his brothers made a living by petty theft - from turkeys to cars and robbed stores. In 1930, Clyde was put in jail for the first time. And in prison he committed his first murder - Clyde smashed the skull of his cellmate (who was abusing him) with a metal bar. But another lifer took the blame. And Clyde eventually got out of prison.

From then on, Bonnie and Clyde were inseparable. In 1932 they formed the Barrow Gang, which gradually grew to five members, including Clyde's brother Ivan and Ivan's wife, Blanche. A series of robberies and murders became the No. 1 in the press at the time, and the Barrow gang members became public enemies.

💡 DID YOU KNOW THAT...
...Bonnie wrote several poems in her short life? Her criminal cohabitation with Clyde was the main theme of the poems. They served as inspiration for several songs and other works of art.

The fall of the gang started in 1933. Clyde's brother was shot in the head during a gunfight and died five days later. That same year, gang member William Jones was captured. His testimony was a key to catching the most notorious crime couple in American history.

Bonnie and Clyde died in May 1934. Police had been tracking the couple closely since February of that year and eventually were able to predict their traveling routes. The Police chose a low-traffic country road to attack, and when a car with Bonnie and Clyde drove past, they opened fire. The couple had no chance of surviving.

The couple killed more than 15 people before they died. The victims were mainly police officers and robbed persons.

Any other questions about the world's greatest thieves?

That's all for now! We are sure you have lots of questions after reading the articles. So let's answer the most common ones.

Who is the most famous robber?

It is hard to answer! Probably the ones we mentioned in our article. They became an inspiration for many movies, literary works, and songs.

What is the biggest robbery of all time?

The biggest robbery in the world was The Central Bank of Iraq robbery, organized by Iraqi dictator Saddam Hussein in 2003. Nearly $1 billion was stolen.

If you already have security cameras, but the camera manufacturer's mobile app doesn't suit you, the ZoomON app can help here too! ZoomOn also works with regular HomeKit or IP ONVIF cameras. Just add cameras to the ZoomOn app, and you will get one app for different types of cameras.

Try the app during the 3-day free version (with a yearly subscription). You won't miss anything, thanks to the useful ZoomOn features! Just stay calm wherever you are and rely on the ZoomOn app!

▶️ How to Deter Burglars From Your Home?
▶️ How to Turn an Old Smartphone Into a Security Camera?
▶️ Laws And Regulations On Surveillance Cameras

Don't tease the thieves with the packages left outside the doors. Take a look at tips on how to protect your packages from porch pirates!

The third and final part of our educational project about home security vocabulary is here! If we have forgotten any terms, feel free to find...

If you're starting with home security, you probably don't know all the essential home security terms yet. But that's okay. Just read our series...

Something is not clear to you? Feel free to ask us anytime – we are here for you 24 hours a day.

Go to contact >
Manage Consent to cookies
In order to provide the best possible service, we use technologies such as cookies to store and/or access device information. Consenting to these technologies will allow us to process data such as browsing behavior or a unique ID on this website. Disagreeing or withdrawing consent may adversely affect certain features and functions.
Manage options Manage services Manage vendors Read more about these purposes
Show preferences
{title} {title} {title}